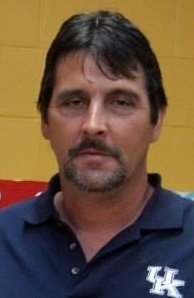 William "Bill" Thompson, 51 years old, Portsmouth resident, passed away surrounded by his family on May 16, 2022. Bill was known as a Concrete Finisher for many, in and around Scioto County. Bill was a hard worker until he was unable to due to his health. He enjoyed spending time with his family and friends.

He was preceded in death by his grandparents, Pete Taylor and Betty DeWitt and father-in-law, Clifford "Buddy" Rose.

Celebration of Life Service will be held at a later date by the family. Please check back for dates.

To order memorial trees or send flowers to the family in memory of William "Bill" D Thompson, please visit our flower store.