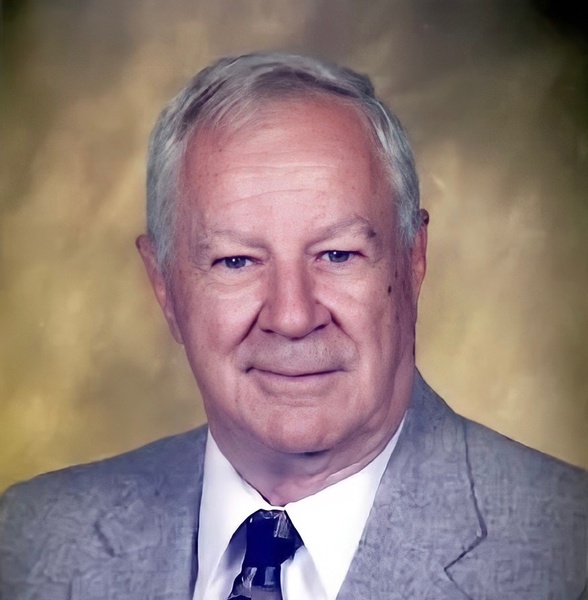 The Reverend Dr. Thomas G. Hoffman, 93, resident of Hillview Retirement Community, was called home on Friday, January 14, 2022. He came to Portsmouth in 1979 to serve as pastor of Trinity United Methodist Church and later Wesley United Methodist Church. He retired in 1992. He was preceded in death by his loving wife, Maxine, whom he married in 1961. He is survived by his son, Tom (Jenifer), daughter, Lori (Rob), granddaughter Katie, many nieces, nephews, other family and cherished friends.

Dr. Hoffman was born in Highspire, PA, on August 22, 1928, to Boyd and Pearl (Greenawalt) Hoffman. He was the youngest sibling of Earl, Marian, and Ruth, all of whom preceded him in death. He began his ministry in 1947 in Tower City, PA, and then served various churches in Southeastern Pennsylvania and Philadelphia.

Tom and Maxine met at a church camp outside of Philadelphia and he knew it was love at first sight. The two began their lives together in Rolla, MO, where their children were born.

Tom earned his undergraduate degree from Elizabethtown College in Elizabethtown, PA. He earned a masters of divinity degree and a doctoral degree from Temple University. In addition to his ministry, he served at Ohio Northern University in Ada, OH from 1969 - 1979. While there he served as University Chaplain, Vice President of Religious Affairs, and Vice President of Student Affairs. He helped build the University Chapel dedicated in 1971. During his time at ONU, Tom and Maxine met their life long friends, Herman and Carol Wong.

Tom will always be remembered for his Faith; his Love of family, friends and music (especially Christmas on his birthday); his Laughter (Ah Ha!); and his Thirst for knowledge and understanding. He forever changed countless lives through his sermons, counseling, humor, encouraging words and his Grape-Nut ice cream . We rejoice to know he and Mom are together again in Glory!

In lieu of flowers, please consider a donation to SOMC Hospice in Portsmouth, OH or the Alzheimer's Association.

Private family graveside service is planned. A Celebration of Life event will be held in the future.

Please visit www.fcdaehlermortuary.com to leave special memories of him or condolences for his family.

To order memorial trees or send flowers to the family in memory of Thomas G. Hoffman, please visit our flower store.