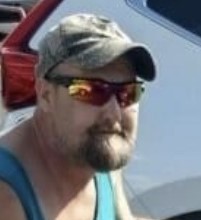 Tweet was preceded in death by his wife Carolyn(Pedersen) Buchen.

Terry was an over the road truck driver and a very strong and giving man helping anyone he could and enjoyed life to the fullest. He will be missed by all his family and friends.

Please visit www.fcdaehlermortuary.com to leave a special memory of Tweet or condolences for his family.

To order memorial trees or send flowers to the family in memory of Terry Buchen, please visit our flower store.