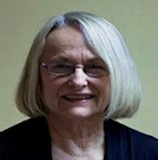 Sally Louise Spencer, 75, of Portsmouth, passed away Tuesday, December 21, 2021 at SOMC Hospice following an extended illness. Born January 7, 1946, she was the daughter of the late Eugene and Marjorie Mutter. On February 6, 1965 she was united in marriage to Richard H. Spencer who preceded her in death on June 22, 2019. Richard and Sally both were local business owners who were active in the community. Sally was also an avid animal lover, with a fondness for horses and dogs. She had a contagious laugh that could be heard from across the room.

Family is requesting that in lieu of flowers, memorial donations may be made to SOMC Hospice.

To order memorial trees or send flowers to the family in memory of Sally Louise Spencer, please visit our flower store.