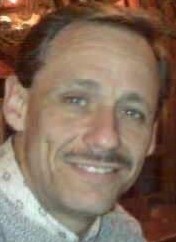 It is with profound sadness that the family of Rodney A. Queen of West Portsmouth, Ohio, announce his passing on March 01, 2022 at the age of 57.

He was an avid hunter, fisherman, reader, philosopher, enthusiastic world traveler, and poet. He loved the outdoors and country life.

He is preceded in death by his loving wife, Patricia Hamilton, his father, Larry Queen, his mother, Connie Miller, his brother, Jeff Queen, and his brother, Gary Carver.

We have lost a wonderful and caring man and will hold a Celebration of Life at a later date.

Please visit www.fcdaehlermortuary.com to leave a special memory of Rodney or condolences for his family.

To order memorial trees or send flowers to the family in memory of Rodney Allen Queen, please visit our flower store.