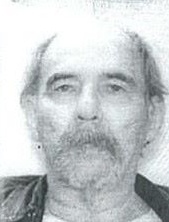 Johnny was an United States Army Veteran of the Vietnam War. After his military service, he worked as a mechanic. Johnny loved to fish on the Ohio River. Fishing for Johnny, brought him great peace and stillness. Johnny also enjoyed long walks, and spending time with his pets. His dog Brownie, will be especially missed. Johnny was always ready to travel to see his grandkids which was a joy for him.

Johnny is preceded in death by his father Jake Gaia, his mother Maya Gaia, and daughter Christina Nicole Homa.

FC Daehler will be caring for the family.

To order memorial trees or send flowers to the family in memory of John Ray Gaia, please visit our flower store.