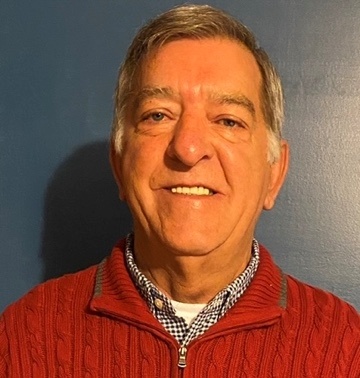 Jerry Lee Tackett, World's Greatest Dad and Papaw passed from this earth on Friday, February 25, 2022. His gifts to this world were his children and grandchildren, whom he loved more than life itself. They were his highest source of inspiration and energy, and his passion in life was spending precious time with them. Jerry's wife was the love of his life and he cherished their 46+ years together.

Also surviving are his brother, his best friend and partner in crime, Phillip Tackett, sisters, Pauline (Kenneth) Baker, Geraldine Colley, and Audrey Tackett all of Lucasville, as well as several nieces, nephews, and cousins.

He was preceded in death by both parents Daniel and Fearl Tackett, brothers, Steven Jenkins and Eugene Tackett, a grandson Todd Galloway, brother-in-law James Colley, sister-in-law Dorothy Lauder, as well as all his aunts and uncles.

One of Jerry's favorite pastimes was playing the slots at casinos with his brother Phil. he always claimed that, on the whole, he won more than he lost. He recently cruised at Christmas with most of his family members and had the best time watching them enjoy the cruise. Over the past several years some of his best days were family vacations at various lakes and piloting pontoons while they danced, sang, swam and rode on floats behind the boat.

Jerry enjoyed life and never met a stranger. He was generous with his time, talents and money. He nearly always carried a giant smile that lit his face and warmed those around him. He had a competitive streak that caused him to always perform his best, either at corn hole, horseshoes, cards or life in general. He was deeply loved by many and he cherished his friendships, especially those of his long time railroad buddies to whom he was known as Sunshine. His love of life was only exceeded by his love of family. Jerry Tackett, the man, the myth, the legend will be greatly missed by those who loved him and fondly remembered by anyone who knew him as a friend.

In lieu of flowers or memorial gifts, the family asks that you hug and kiss your loved ones, because one never knows if we have a tomorrow.

Please visit https://fcdaehlermortuary.com to leave special memories of Jerry or condolences to his family.

To order memorial trees or send flowers to the family in memory of Jerry Lee Tackett, please visit our flower store.