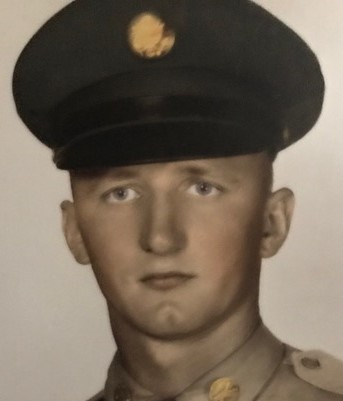 Henry Floyd Wright, 86 years of, of McDermott, passed away peacefully on December 12th, 2022, while in Hospice care. He was born in Portsmouth, Ohio on July 16, 1936 to his mother, Nancy Palmer and his father, Henry Wright.

Henry grew up on Duck Run Road with his grandparents Jake and Dolly Stephenson and later graduated from McDermott High School in 1954. He was a U.S. Army Veteran and NS Railroad engineer for 37 years.

At home he enjoyed working in his garage restoring and repairing his cars, trucks, and tractors. He also took pride in cutting his own firewood, riding his four-wheeler, and sitting on the porch with his dog

He was preceded in death by his parents and two sons: Steve and Joe Wright.

Special thanks to the owners and wonderful staff of Country Living assisted living facility of West Portsmouth for providing care and comfort in his final days.

No services will be held.

Please visit www.fcdaehlermortuary.com to leave a special memory of Henry or condolences for his family.

To order memorial trees or send flowers to the family in memory of Henry Wright, please visit our flower store.