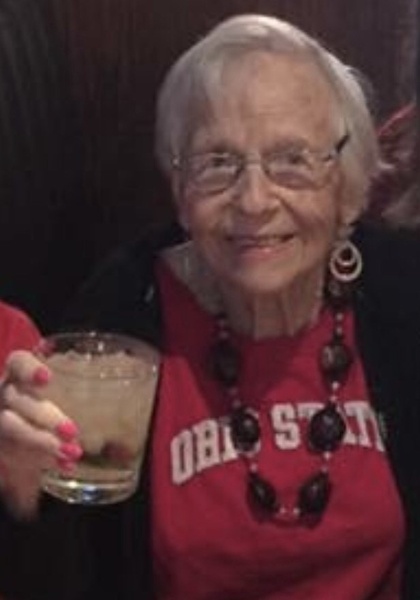 Berniece "Bea" La Force Maillet of Portsmouth, Ohio died July 14, 2022 at SOMC Hospice, just one week after celebrating her 98th birthday. Bea was preceded in death by her husband, Charles R. Maillet and her parents, Clementine O'Quinn La Force and James Perry La Force. She was the next-to-the-last born of 11 children and was the last living of the 11 with 5 brothers (Leonard, Paul, Corbett, Glenn, and Eddie Lee), and 5 sisters (Grace, Jean, Roxie, Goldie, and Estelle) all preceding her in death.

Bea was born in Dante, (rhymed with "paint," sometimes rhymed with "pant," but never pronounced like "Dante Alighieri") Virginia in coal-mining country on July 7, 1924, but she always called Farmville, VA her hometown. She graduated from high school in Princeton, WV and attended 2 years of college at what was then known as State Teachers College and now is Longwood University in Farmville, VA.

During the last few years of World War II, Bea worked as a civilian on a small army base near Blackstone, VA called Camp Pickett. At some point, while Bea was still single, she won a pageant and reigned for a period of time as Miss Camp Pickett.

After being stationed in the Aleutian Islands, then an American Territory just off the coast of what is now the state of Alaska, Bea's soul mate was stationed at Camp Pickett as a Military Policeman. It was there that Bea met that "damn yankee," Chuck Maillet, who she would go on to marry on September 1st, 1945 and to whom she would remain married for 64 years until his death on January 24th, 2010 at the age of 89.

Bea enjoyed many hobbies and activities, with perhaps the game of bridge trumping everything else. She spent many afternoons and evenings slaving over a hot bridge table! Chuck was a very considerate husband for his era, but he was particular about wanting his dinner at 6:00 pm. Sometimes, if Bea was running behind because she spent a summer day at the Elk's Country Club or a bridge game ran late, she'd rush home and put an onion on the stove to boil, creating the olfactory illusion that dinner was well underway. While she and Chuck enjoyed a cocktail together and discussed their day, Bea would figure out what she was actually making for dinner, and she'd have it ready just in time! Chuck was never the wiser...

Bea was a devoted wife, mother, Mamaw, GiGi, and Aunt Bea who loved her family fiercely and would do anything she could for any of them. Family dinners were a normal, daily, 6:00 pm activity at the Maillet house, and Bea was an excellent cook. Family favorites of rare roast beef, yorkshire pudding, and rich gravy or breakfasts of crepes filled with syrup or jelly and rolled up just so; emphatic about teaching her grandsons the more important things in life, she taught each of them how to play poker, and these were just a few of the ways she showed her love for her family!

Through her late 30s and 40s, Bea could often be seen on the tennis courts at the reservoir or at Mound Park when she could take a break from Bridge Club. Back then, they held Bridge Club in the evenings mostly.

As a 3-time cancer survivor (breast cancer twice and malignant melanoma), Bea counseled and mentored many women with cancer in Portsmouth. She raised money for the American Cancer Society for several years. She also was a proud member of the Scioto Guild, raising money through their annual flower sale and participating in all of their good works.

Bea was an accomplished seamstress; from making curtains to designing and sewing Prom gowns, she could do it all. She also loved what she affectionately called "junking." Antique furniture, glassware, crystal, china, flatware - she loved to be on the lookout for something new to add to one of her collections. If she couldn't justify collecting something for herself, she'd say she was collecting for one of her children.

When Bea and Chuck became empty-nesters, she decided to take advantage of her unused bedrooms by renting them out to Shawnee State students. And having had excellent experiences through the years hosting international exchange students and participating in the Sister City organization, Bea specifically wanted to rent to female foreign students. Bea and Chuck welcomed many renters through the years, and Mexico, India, Chile and Japan now have several women living in their respective countries, who, when speaking English, do it with southern accents, saying things like, "Sure, I'd luuv a slass of apple paah!"

Bea's drink of choice was what she would call a high ball. It's Canadian blended whiskey mixed with lemon/lime soda pop like 7-up. She didn't want bourbon or scotch. She wanted Canadian (or American blended), of which there are many brands. One well-known brand is Seagram's 7, so when out in a restaurant or bar, it was easiest to order a 7 & 7. With her well-known sense of humor, she would often order an 8 & 7, leaving her server quite perplexed until she explained, "Oh! That just means I want a little extra booze in it!"

Bea liking a cocktail at 5:00 pm became something she was known for and was joked about a lot, but for what it's worth, she had ONE cocktail each evening at 5:00. Maybe if it was a special occasion or the kids were all with her partying or something, she might have two. Maybe THAT was the secret to her long life. Enjoy every minute, but practice moderation too.

Unfortunately, life doesn't come with a manual, but thankfully, it comes with a mother. Her love, leadership, and guidance will be greatly missed by many, but the memories she made over 98 years will sustain us for the rest of our lives. Cheers to Bea!

In lieu of flowers, please consider a donation in Bea's name to The Scioto Guild, SOMC Foundation, 2805 Circle Dr. Portsmouth, OH or the American Cancer Society at https://donate3.cancer.org/ or by calling 800-227-2345.

To order memorial trees or send flowers to the family in memory of Berniece "Bea" (La Force) Maillet, please visit our flower store.